Lake Keepit has soarable weather all year round. Below is an interesting description by Club member and Meteorology enthusiast Harry Medlicott

Here are links to the Lake Keepit weather station, local regional weather and the webcam on our runway 32. 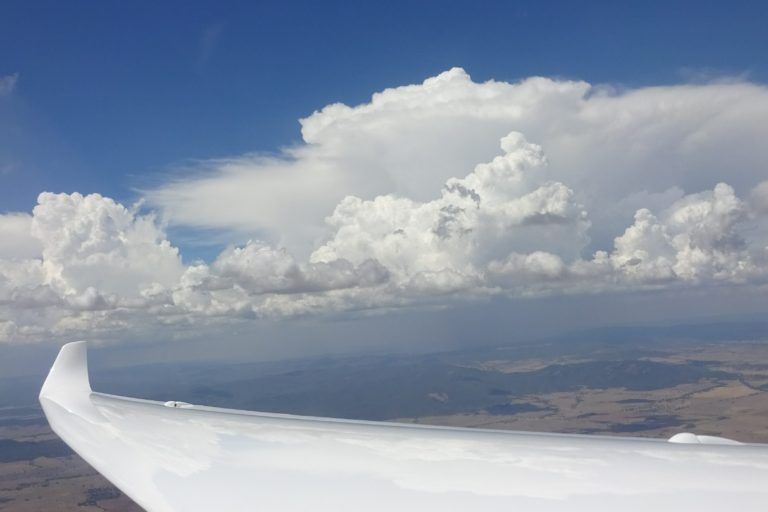 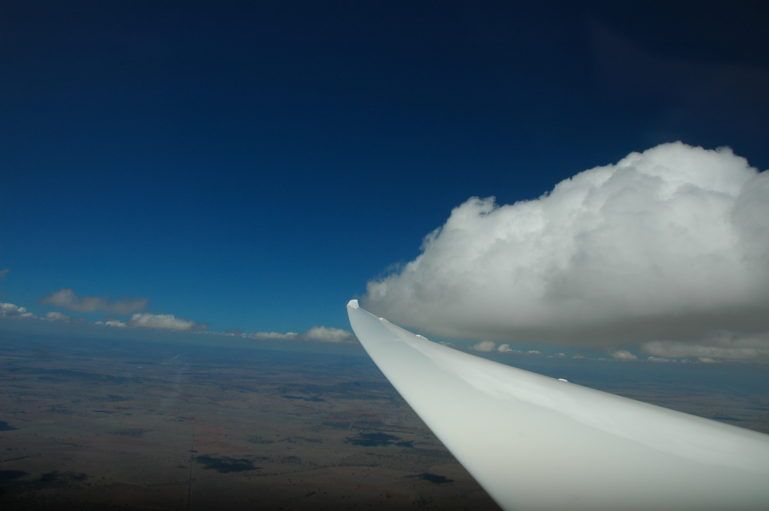 The dominant feature influencing Australian weather is the belt of subtropical high pressure cells which transit Australia from the west to east, taking about a week to do so.
In the winter and early spring they tend to be about 30 degree south of the equator, somewhere near the NSW/Queensland border, and then progress southward and by summer can reach 40 degrees south, just to the south of the Australian mainland. Their centre is fairly stable, with a strong temperature inversion, being descending air from the tropics.

The anti-clockwise movement of air around a high pressure system (opposite to northern hemishphere) brings in a surge of fresh cold air on the eastern side. After the system has passed through, the wind swings around to the northeast and then north. The lower levels of air warm up creating what is usually a good temperature profile and improved gliding conditions. The days tend to get better until the arrival of the next high pressure system often preceded by a cold front. These seasonal variations in the high pressure belt mean that Southern Queensland has good gliding weather in late autumn and spring. This pattern of superior weather moves south as the season progresses.

When the sun rays impinge on the ocean much of the heat is absorbed by heating or evaporating water. On large dry land masses, such as Australia, the sun heats the surface and is transferred by conduction to the air creating higher temperatures and thermals. The higher ambient temeratures over the land mean that the air pressure is lower than over the ocean. The inrushing cooler air, which we term a “sea breeze” plays a significant part in our gliding task planning as it virtually wipes out useful thermals in its area of influence.

Some gliding clubs in South Australia are affected by a sea breeze which follows the Murray River to the east of the Mr. Lofty ranges. Victoria is notorious for the Kilmore Gap, through which a flood of cold thermal destroying air pours on good gliding days. The Great Dividing Range running parallel to the NSW coast forms a dam holding back the cooler sea air. The lowest point is at Murrurundi at the head of the Hunter Valley. Here, on a typically thermally active day a river of cold air 10km wide floods inland. It is split in two by the Liverpool Range with one arm moving southwest towards Dubbo and Narromine and the other moving northwest up the Liverpool Range towards Gunnedah, which is 26 km to the west of Lake Keepit on the other side of the Carroll Range. The leading edge of these masses of maritime air form a convergence zone where the cold incoming air undercuts the warm inland air and is marked by good lift and active cumulus clouds. Sometimes a sea breeze front can create remarkable gliding conditions but it is bad news if you have to traverse the cold air behind it to complete a task. At Lake Keepit we can avoid a possible problem by tasking to the area likely to be affected first and coming home later from a different direction.

Lake Keepit is located with the Great Diving Range lying to the east and the expansive inland plains to the west. The unique position gives special gliding opportunities as well as interesting and varied country over which to fly. No wonder two current Australian champions learnt their skills here. Overseas pilots, used to relying on cumulus clouds, rather than the more common blue thermals of dry inland Australia, will feel particularly at home. The average cloud cover in January is 2 octas at 9.00 am and 5 octas at 3.00pm. When coupled with an average maximum temperature of 34C and 40% humidity, equates to an average cumulus cloud base of 8,000′.

Studying weather patterns is a great help if you are planning a really long flight, say 750km or more, but 300km to 500km flights are achievable at Lake Keepit on most sunny summer days.