Owned and operated by Allan and Katia, Ambleside is the perfect place to stay while flying at Lake Keepit, Allan is an International competition pilot, club member and cross country coach at Lake Keepit, Katia is also an avid Glider as well as Paraglider pilot.

Ambleside provides tranquil surroundings, and luxurious air-conditioned accommodation, 400 metres from the Namoi River and the  Mt Borah range overlooking the property (we are only 15 min from Godfrey’s Flymanilla and 20 min from Lake Keepit Soaring Club).

Relax in the gardens, swim in the pool, admire the myriads of native birds, take a stroll down to the river or enjoy a barbecue with your family or group… The gliding club is located inside the Reflections Holiday Park Lake Keepit. The Park has well appointed accommodation with air conditioned cabins and cottages, as well as caravans and powered camping sites. All accommodation is close to the water with beautiful views across the lake. With many facilities and lots of well watered grass, the rest of the family can enjoy the Park while the pilots in the family indulge themselves. There is also a mini-mart and take-away shop.

2 Bedroom Chalet
A 2 bedroom chalet, is also available in the Reflections Holiday Park. The chalet is fully self contained with two bedrooms, a kitchen and a bathroom/laundry. The chalet has an outstanding view of the lake. It’s quite isolated and ideal for families or couples who want a bit of isolation. All linen is provided. Contact the Reflections Holiday Park for details. Located 12 km from the airstrip (a short 10 minute drive)  is the Sport and Recreation Centre with further sleeping accommodation with shared cooking facilities. Rooms are twin bed with toilet and shower next to each room. Fully equipped kitchen and lounge area. BYO linen and food. Also available is a 3 bedroom house which is ideal for large groups.

Nearby are the towns of Manilla (35km NE), Gunnedah (40km W) and Tamworth (50km E). In recent years Manilla has become a very popular centre for hang gliding and paragliding from the nearby Mt. Bora. The site has hosted international competitions and is one of the best known in Australia.

Gunnedah, known as the Koala capital of the world, is a medium sized town of approx 10,000 people, it has hotels, pubs and shopping centers open till late.

Manilla is a smaller town with a small supermarket, pubs and cafes, but with less choice than Gunnedah.  Manilla has several good value accommodation choices and you will meet many para-glider and hang-glider pilots.

Tamworth is the economic center of the region with a population of about 40,000. It boasts many hotels and motels but can get busy during the Tamworth Country music festival in January.

The following is a list of accommodation possibilities. Further information can be obtained from  Manilla Tourism (02)6785 1113 or  Gunnedah Visitors Information Centre  (02)6740 2230. All prices in Manilla and Gunnedah are negotiable especially on a weekly rate. The following table is for information only and references may become out of date. 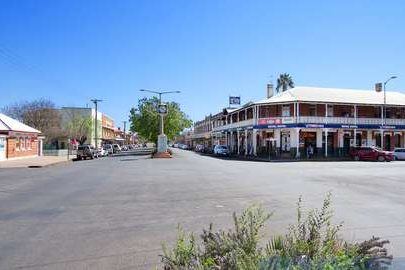